Have a rooted device and enjoy apps such as Pokemon Go, Snapchat, Netflix, Android Pay and so on. can be a little boring nowadays. But there are still many things you can do only with a rooted Android. So, there are good and bad sides. And so, the rooting of Android is still one thing in 2020, even if it is now a question of whether it is really necessary. And the answer is that rooting is not necessary if you are a casual user who would like very useful features. There is Android software that does not need root, although many people do. Which ones can you ask for? Well, those listed below.

With Android 6.0, Google has launched a new Google Now service. It is therefore logical that the launch page of Google Now is available only on devices running Android 6.0 and later. Even in this case, the launcher must add the functionality, then it must be a system application. But now that Nova Launcher added the much-needed feature with the help of the Nova Google Companion app. You can get this feature on any Android device without root. You will have to register for the Nova Launcher beta program because the associated application requires at least Nova Launcher 5.3 beta-1 to work.

If you're not a Nova fan and prefer the unadorned simplicity of Google's Launcher Launcher, you can have it too. We recently covered the Lawnchair Launcher, which featured all the features of Pixel Launcher, including the Google Now feature.

Do not miss: use gestures to simplify your Android experience

However, what works in favor of Nova Launcher is the fact that it works on all Android devices running Android 5.0 Lollipop and later.

The DPI or dots per inch determines the amount of information you can see on your 5.5 inch screen at any one time. The higher the number of dots per inch, the more the content can be adapted to the screen, but it also means that everything will be smaller. With today's smartphones packaged in 2k and 4k screens, the screen displays many pixels. These are rarely used to embed more content, but to make text and images sharper. If this seems like a lost potential, you are probably not alone.

However, changing the DPI settings of a device is an option only available to Android root users. Or so many would think. You can actually change the DPI of your device without being rooted. First, install DPI Verifier on the Google Play Store and check what is the default DPI for your device. It would be a good idea not to travel much further than the default. As you can see on the screenshot, my device has a DPI of 460, it was 480. If I drop a lot, problems occur.

Once you know the default DPI, you can change it to any DPI with the following ADB command. Replace DPI with a number that you like and restart. Do not even think of more than ± 100% of the default DPI value of your device.

Of course, you must first know how to use ADB commands. You can refer to our guide for how to install ADB and Fastboot. It's really an Android hack for which you do not need to root your Android device.

Must read: How to get a stereo 3D sound effect on any Android

We have a complete guide to help you install your first custom ROM. But for short, to flash a ROM or a kernel, just go to TWRP recovery, select Install, select the ROM / kernel, scan and it's done.

Creating a full backup of your applications, including their data and not just APKs, is, in your opinion, an easy task. Considering how important a feature is. However, on Android, the task remains arduous. If your Android is rooted, you have a Titanium backup that works almost perfectly. But what if you have never installed your device and are now switching to a newer device? The online cloud backup service provided by Google is simply not enough.

Fortunately, an application called Helium Backup exists and works without root. This will require a desktop companion app for non-rooted devices, but it works. Try this Android hack by following the steps below.

Also read: How to install Google Assistant on non-pixel devices

Install Linux on your Android

Until then, everything was good and credible, but the installation of a brand new operating system for workstations on your mobile devices must seem exaggerated, is not it? This is even more true when this is included in an article that talks about things you can do without root. But believe us, it's entirely possible. It does not even require a level of skill in any hacking. All he needs is an old application called AndroNix – Linux on Android rootless. You can download it for free and then open it from your Android home screen as any other application. Once you open it, it decompresses the necessary files and you can then download and install applications as you would on a normal Debian computer.

Assuming you have already worked with Debian and have a sufficiently powerful device with a large enough screen, the system can also be quite productive. It's a big application that costs about 211 MB at the time. So make sure you use Wi-Fi. In addition, once installed, the application will need at least 900 MB of your internal storage. After all, it allows you to run a free full desktop operating system from Android. Therefore, we would say that the cost is justified. If you want to use Linux on your phone, this Android hack is what you need to try. 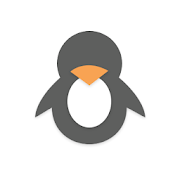 You already have a light source on the back of your phone. Of course, it is not designed to monitor heart rates, but it could certainly be used for that. The accuracy will probably not be as good, but with the right software, the results may surprise you. One of the best apps for this in our opinion is Instant Heart Rate: Heart Rate Monitor and Pulse Monitor. 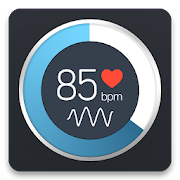 Speed ​​up your Android

The rooting gives you the ability to overclock your processor, increase virtually the amount of RAM memory, change the governor, and so on. All of these elements have practical effects on the performance of a device. Even if you can not do everything without root, there are still things that could help speed up your Android device without it being rooted. We have already published tips on accelerating the development of Android. Be sure to consult them.

Try the Android tips and tricks above to enjoy your smartphone and use its full potential.

Top 20 POCO Launcher Tips and Tricks to Increase Your Productivity

Smart Launcher 5 vs Nova Launcher: Is It Ready to Take the Lead