The Samsung Galaxy S10 and its siblings, the Galaxy S10e and the Galaxy S10 Plus, were not the first phones with a camera. They were not even the first Samsung phones with a camera hole in the screen. But they were probably the best-selling phones with a hole for the camera in the screen and they also attracted media attention. Developers have also attracted attention. same Chainfire has an app for the Galaxy S10 camera hole. Her name is Holey Light and turns the hole of the camera into a notification light. If you want to get rid of unnecessary system applications that do not help you, you should also consider removing bloatware on your Samsung Galaxy S10.

Holey Light takes advantage of the punch camera and adds a notification LED. Just in case you want to hide the hole in the display of your phone, here are 100 wallpapers for the Galaxy S10 and S10 +.

The current version is not a finished product. This can be a little difficult on the edges. It's getting there.

This application requires a lot of permissions. If you are not comfortable with this, do not use it. The sources are available on GitHub so that anyone concerned with security can examine them. 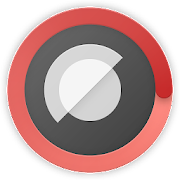 The application works in a similar way to Energy Ring, which is another application inspired by the Galaxy S10's camera hole. It covers a ring around the front camera cutout with an animation making it a lot cooler than a boring LED. No need for notification LEDs on Galaxy S10, Galaxy S10e or Galaxy S10 Plus. These phones have features such as the mood screen and even a screen always enabled if the user chooses to activate them.

These are pretty much the LED notification appear redundant. However, many people still prefer a notification light. Always on Displays part of the battery and the ambient display only works when you pick up the phone or watch it when a notification arrives. As a result, a notification LED is even better and more convenient.

Holey Light is completely free, with no in-app purchases, no ads, no tracking and open source.

Due to some limitations of Android, the features were limited to the first launch of the application. Therefore, it was not a great experience. For example, the notification ringtone can not be displayed on the lock screen because apps are not allowed to draw over the lock screen on Android. He also could not display the notification ring when the screen was off. This has changed with recent updates as Chainfire has found workarounds to these issues.

The new updates have allowed the app to support the permanent display on Samsung's flagship products. Chainfire even managed to reduce the use of processor and battery by the application. In the current state of things, Holey Light truly brings a notification light on the Galaxy S10. Some of the major changes are listed below.

That said, Holey Light is only designed for the Galaxy S10, Galaxy S10e and Galaxy S10 Plus. If you install it on another device, even an unsupported Samsung device, the application will detect it and expel you.

How to Save Battery on the Samsung Galaxy Watch 3