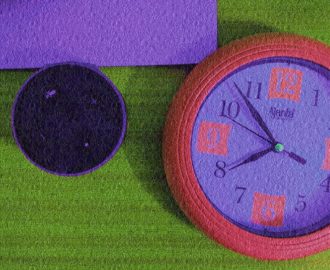 The smart speakers are cool until they start having their own brains. Imagine asking a smart speaker to do something, and that's exactly the opposite. Such a problem has occurred with Amazon Echo, which does not stop the current alarm when you tell it. But do not worry. Here we will share ways to solve this problem.

No one would want to tackle a problem as soon as they wake up. But to make you feel better, your Amazon Echo, which is powered by Alexa, has not been hacked. Alexa might not listen to you when you tell him to turn off the alarm.

Let's take a look at the different ways to solve the Echo alarm problem.

Sometimes, because of a problem with Alexa, the alarm does not stop. Restarting Echo will fix the problem for future alarms. To restart the Echo, you must unplug it. Wait 30 seconds, then reconnect the power cord.

Alexa requires an internet connection for all functions except the alarm. In other words, if you have set an alarm and the Internet is not working, it still sounds. However, you will not be able to stop the alarm with your voice because Echo will not process the command. So, if the alarm does not stop, you have to inspect the internet connectivity.

Echo devices come with a physical button that allows you to disable it. When you do, you will see a red light all around and Alexa will not listen to your orders. The mute button looks like a microphone icon.

If Alexa does not succeed in stopping the alarm, check the Mute button. Maybe it's turned on. When the alarm begins to sound, a blue-red light will turn on Echo if the mute button is on. Press the mute button again to deactivate it. Then ask Alexa to stop the alarm.

4. Decrease the volume of the alarm

It may seem strange to solve the problem, but you should definitely try it because the trick worked for many users. The fact is that we usually keep the alarm volume high so that we do not miss it. Unfortunately, it becomes difficult for Alexa to hear your command to stop because the sound is continually activated.

To solve this problem, you can either lower the alarm volume slightly, or use a soft alarm sound with quiet moments. In the first case, do not keep it extremely low, but adjust it so that you can hear it without disturbing your ears. To change the volume of the alarm, open your Echo settings in the Alexa app and press Sounds. Then adjust the volume.

Native alarm sounds such as Focus and Nimble are the two best sounds that have high volume, but also allow Alexa to hear you. To change the alarm tone, go to the Echo settings in the Alexa app and tap Sounds, then tap Alarm.

5. Say well wake up the word

Amazon lets you choose the wake up word from four different options. So make sure you say the right word when you tell Alexa to stop the alarm. I can not blame you if you say the wrong name because nothing makes sense when you wake up.

Point: To check the wake up word of your echo, go to the echo settings of the Alexa app, followed by Wake Word.

Once you have the correct alarm clock for your echo, you must also indicate the correct order to stop the alarm. Some commands that work for an alarm in progress are: stop, stop alarm, cancel and close.

You must say the full command, ie wake up word followed by the commands mentioned above. For example, "Alexa, stop.

7. Disable the alarm with the help of the button

If the alarm does not stop with the voice command, you will need to press the action button at the top of the echo. Even if it goes against the role of a voice assistant, it will be convenient when Alexa refuses to stop the alarm. The action button is the one with a point.

8. Use reminders instead of the alarm

Although this trick is not a solution, it is important to mention it here because it could help you. Some people create alarms when they want reminders. The difference between the two is that the reminders stop ringing after two tones, but the alarms keep ringing until you tell Alexa to stop.

Bonus Tips for using the alarm on the echo

Here's how to make the best use of Alexa alarms.

You can suspend an ongoing alarm by saying "Alexa, snooze". The alarm will sound then after 9 minutes.

READ  How to Disable Ads and News Contents in Mi Browser

If you want to set recurring alarms, you can also ask Alexa to do so. For this you will have to use repeated words or everyday in your order. For example, you can say "Alexa, set a daily alarm for 9 o'clock" or "Alexa, set a repeated alarm for Monday at 6 o'clock".

To cancel an impending alarm, tell Alexa to stop the alarms by running the "Alexa, stop alarm" command. If you have multiple alarms, the alarms are listed and you are prompted to select the one you want to cancel. You can also say "Alexa, cancel my alarm clock at 10 o'clock".

Know your next alarms

Not turning off the alarm sounds fun until it happens to others. The day he haunts us, we would like to break our echo. However, we hope that this day will not come as long as you follow the corrections mentioned above. Alexa wants to make sure you are awake. She is your true guardian angel.

Next up: You do not have access to Wi-Fi? Here's a handy guide to learning how to use Amazon Echo with your mobile hotspot.

Best Hairstyle Apps for Android
How to Disable the Reachability Gesture on iPhone
Simplenote vs OneNote: Which Note-Taking App Is Better for You
Best free DRM removal software for eBooks for Windows PC
Microsoft Store app is removed when you log on for the first time
What is this HP Display Control Service popup warning?